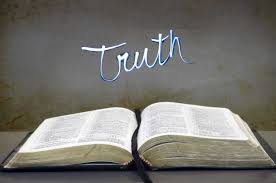 For as long as I can remember, I have struggled with depression. I learned early in childhood to wear a mask so that nobody could detect it. As a teenager I made the decision that depression would not stand in my way. In spite of high scholastic achievement and an outwardly successful life, depression always lingered in the background. When I was alone and not rushing around, it would hit with a vengeance, but I could pull myself together in time for the next performance.

When I gave my life to Jesus Christ, I immersed myself in His Word. I began to memorize the Scriptures and held onto them as Truth. I was taught that God’s Word, not my feelings, was the standard that should rule my conduct and guide my thoughts.

I love God and His Word, but I still have seasons where depression is a prominent factor in my life. Several years ago after a series of blood tests, I discovered I have a physical condition that predisposes me to depression. The diagnosis was freeing. For the first time I understood that depression is not my fault. It’s not because I don’t trust God enough or that I don’t believe His Word. I have a legitimate genetic defect that contributes to it. Depression is a Reality I live with. A fierce determination also rose up within me. Depression will not define my quality of life or my ability to answer God’s call. I will focus on Truth instead of Reality. I may not be able to change Reality. However, Truth trumps Reality every time.

Reality and Truth. At first glance, these two terms may seem similar, but there is a significant difference. Allow me to share my working definitions.

“Reality” is the current state in which I find myself. Reality changes as circumstances change. It is based on facts.

“Truth” is found in God’s Word, as the indisputable principles and promises set forth by God Himself. Truth remains constant, unchanged by circumstances. It is based on faith and hope.

Depression may not be a part of your Reality, but we all encounter challenges.

The account of the twelve Israelite scouts in Exodus 13 and 14 illustrates the contrast between focusing on Reality and focusing on Truth. For forty days the scouts explored the land God had promised. When they returned, ten scouts focused on Reality. They told the facts. It was indeed a bountiful land with lush produce. BUT the people resided in fortified cities. There were even giants. They concluded that, based on what they saw, it was impossible to take the land. Defeat was surely imminent. Only two scouts focused on Truth. Yes, the people were powerful. However, they could not stand against the power of God. The Lord had promised the Israelites the land and was well able to deliver it into their hands. In the end, these two scouts were the only ones of their generation to cross over into the Promised Land. All the rest died wandering in the wilderness, a tragic result of focusing on Reality.

We must not ignore Reality. We have to deal with the situations at hand. There are battles to fight, relationships to mend, financial adjustments to make, poor job performance to correct, health issues to address. You fill in the blank. But we must not dwell in the realm of Reality.

Instead search the pages of Scripture. What has God spoken about Himself? What has He said about your identity in Christ? What promises has He made about His presence, peace, plans, or provision?

No matter what challenges we face, when we align our thinking with God’s thinking, we will always overcome. Embrace Truth. Embrace God’s invitation to thrive.

3 thoughts on “Reality or Truth? It Makes a Difference!”